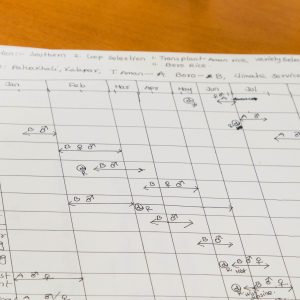 One of the key objectives of ACToday is to strengthen the capacity of local governments and stakeholders to effectively interpret and use climate data to infom policy and planning. In the last year, the project’s six country teams conducted 52 trainings for more than 1,600 government, private-sector and nonprofit professionals as well as graduate students. 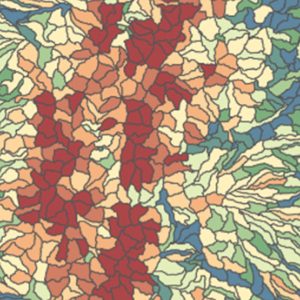 Was it a flash flood or not? Categorizing disaster types in historical records

IRI researchers develop new methods to assess flash flood risk to support anticipatory humanitarian action One of the important applications of climate knowledge is in the area of disasters. Being able to predict the scale of a potential disaster and the risks a disaster could impose on a community in the future is valuable and […]

Catching up on adaptation: Why are adaptation commitments lagging compared to mitigation?

This post originally appeared on Clim-Eat’s LinkedIn Page as a part of their Weekend Read Series. Right before COP26, the IPCC published its Working Group I report: The Physical Science Basis of Climate Change (AR6-WGI, 2021).  One of its key messages is that it is indisputable that human activities are causing climate change, which is increasing the frequency […]

By Elise Gout This post originally appeared on Columbia Climate School’s State of the Planet blog. This story is part of a series celebrating the work of women at the Columbia Climate School, in honor of International Women’s Day on March 8, 2022. Read more about the day and our related blog posts here. When asked […]

Excerpt of an interview with Ben Orlove written by Sarah Fecht for the State of the Planet blog. The Intergovernmental Panel on Climate Change on Monday released the second part of its sixth major assessment report. The assessment reports, which come out every few years, review what we know about climate change, its impacts and future risks, […] 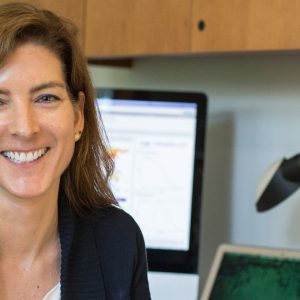 Decades of Projects Aimed at Aiding Developing-World Agriculture, Public Health, Energy, Emergency Planning Story by Kevin Krajick for the State of the Planet blog. Over the course of more than 25 years, atmospheric and ocean scientist Lisa Goddard was at the forefront of developing methods to forecast regional climate trends from several weeks to several […]

It is with great sadness that we share the news that Dr. Lisa Goddard died on January 13, after a long battle with cancer. Lisa had been at IRI since its founding, and served as the institute’s Director from 2012-2020. Lisa was internationally recognized for her work in climate science and climate services. She was […]

An Inside Look at the Making of the Recent IPCC Report

The Intergovernmental Panel on Climate Change (IPCC) released the Working Group I contribution to the Sixth Assessment Report (AR6) on August 9th, 2021. This report summarizes the findings of more than 14,000 peer-reviewed studies about the physical science basis for climate change. The conclusions are sobering. The evidence is unequivocal that humans have warmed the […]

What Did COP26 Achieve?

This story was originally written by Sarah Fecht and published on the State of the Planet blog. COP26, the UN climate conference in Glasgow, wrapped up on Saturday. The two-week conference brought together diplomats from nearly 200 nations to refine the details of the Paris Agreement, to keep alive the hope of limiting human-caused global warming to 1.5 […] 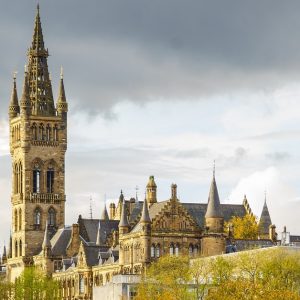 IRI at COP26 – Mélody Braun on Why COP Matters

The United Nations’ twenty-sixth Conference of the Parties, or COP26, is taking place in Glasgow, Scotland from October 30 to November 12. The COP is the largest and most important international meeting on climate change. The countries involved come together to make a number of crucial decisions to stabilize greenhouse gas emissions in order to […]