John Furlow is the Director of the International Research Institute for Climate and Society. He joined IRI in 2017 as its Deputy Director for Humanitarian Assistance and International Development and became its Director in May 2021. John’s focus is on connecting complex climate science to decision making to improve lives and livelihoods in developing countries. He is interested in policy reform that reflects the value of climate information in supporting important socio-economic sectors, such as agriculture and public health. He currently leads ACToday Columbia World Project work in Vietnam, developing climate services and integrating climate information into policy and practice to contribute to ending hunger, achieving food security and improved nutrition, and promoting sustainable agriculture (SDG2). He also developed an executive education course on the UN climate negotiations and their role in US foreign policy and support for international development.

Prior to coming to IRI, John designed and led the Climate Change Adaptation Program in USAID’s climate change office. He advised the government of Jamaica in the development of its national climate change policy and its climate smart agriculture sector plan. John also led a project to develop Jamaica’s agro-climate service, which produces a seasonal forecast tailored for farmers and disseminated by text and agriculture extension workers. He helped launch the Climate Services Partnership in 2011. In 2015, he worked at the US Department of State designing and managing the National Adaptation Plan (NAP) Global Network as part of US preparations for the UN Climate Conference in Paris. 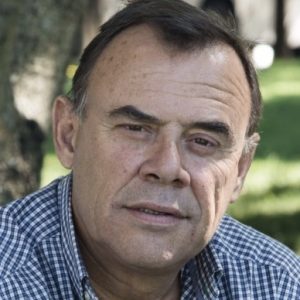 Walter E. Baethgen is Senior Research Scientist, Director of the Regional and Sectoral Research program in the IRI, and served as Acting Director of the Agriculture and Food Security Center, both at The Earth Institute, Columbia University. He has established regional programs that aim to improve climate risk assessment and risk management in agriculture, health, water resources, and natural ecosystems. In 2020 he became the Vice-president of the Board of Directors of INIA (Uruguayan National Agricultural Research Institute).

He acted as Distinguished Lead Scholar of the NEXUS Program (Fulbright Foundation) between 2011 and 2013. Before joining the IRI, Baethgen was a Senior Scientist in the Research and Development Division of IFDC (International Soil Fertility and Agricultural Development Center) where he worked mainly in Information and Decision Support Systems for the Agricultural Sector (1987-2003).

Baethgen acted as a consultant for the World Bank, IADB, United Nations (UNDP, UNIDO, FAO, IAEA), and the Inter-American Institute for Agricultural Cooperation. He has also acted as a consultant to governments and the private sector in several countries throughout Latin America. He was an author in IPCC’s Second, Third and Fourth Assessment Reports and he was a member of the IPCC team that received the Nobel Peace Prize in 2007.

Baethgen obtained his PhD and M.Sc. degrees in Crop and Soil Environmental Sciences from Virginia Polytechnic Institute and State University, and his B.Sc. in Agricultural Engineering from the University of Uruguay. He has over 150 publications to his credit.

Dr. Andrew Robertson is a Senior Research Scientist and heads the IRI Climate Group. He is an adjunct professor in Columbia Climate School where he teaches in the Climate and Society MA Program.

Andrew is a climate scientist with over 30 years of experience in topics ranging from midlatitude meteorology, coupled ocean-atmosphere climate dynamics, sub-seasonal and seasonal forecasting, downscaling, and tailoring of climate information for use in conjunction with sectoral models for climate adaptation and risk management. He has taught in capacity building training courses around the world. He leads the IRI’s routine global seasonal and sub-seasonal forecasting activities.

He is a co-chair of the WWRP/WCRP Sub-Seasonal to Seasonal Prediction Project (S2S), and is a member of the WMO Expert Team on Climate Services Information System Operations (ET-CSISO).

Andrew has authored over 100 peer-reviewed publications, which can be found on Google Scholar or Research Gate.