Alessandra Giannini, a climate scientist at the International Research Institute for Climate and Society, part of Columbia University’s Earth Institute, has been selected as one of 18 researchers to receive funding from French President Emmanuel Macron’s “Make Our Planet Great Again” program. Macron announced the new research program in June after the United States indicated […]

Climate risk and food security in Mali: a historical perspective on adaptation 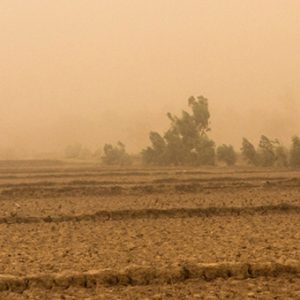 The original version of this post first appeared on the web site of the International Institute for Environment and Development. What caused the great Sahelian drought of the 1970s and 80s? For the past 10 or so years, state-of-the-art climate models have consistently shown how the shift from the anomalously wet conditions that characterised the […]

Forecasting Climate, with Help from the Baobab Tree

In El Niño retrospective, lessons from Senegal In a three-part series for the International Research Institute for Climate and Society, graduate student Catherine Pomposi relates her experience in Senegal during the 2015 El Niño. She explains the 2015 El Niño forecast and its climate impacts in Senegal, as well as current efforts to better understand climate in […] 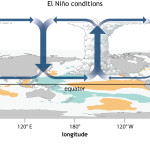 Pradipta Parhi, a graduate research assistant in Columbia’s Department of Earth and Environmental Engineering published a paper in the February 2016 issue of the Journal of Climate. The study examines why two areas of Africa – the Sahel and eastern equatorial Africa – tend to experience drier- and wetter-than-normal rainy seasons, respectively, during El Niño. He is […]

Headed to AGU? Find the full schedule of IRI staff presenting here.  The Sahel region, just south of the Sahara Desert, stretches across Africa from the Atlantic Ocean to the Red Sea. The persistent drought and resulting famines that pummeled the region in the 1970s and 80s were for decades blamed on local societies – on […]