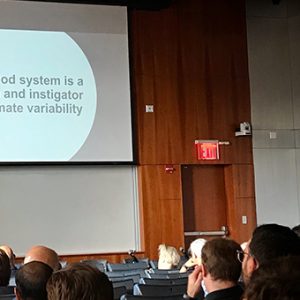 Written by Christopher Shea, Columbia World Projects Early one evening in 1987, a fire sparked by a passenger’s lit match broke out in London’s Kings Cross station, injuring 100 people and killing more than 30. Anti-smoking activists, lobbyists and politicians went rapidly to work and within two years London’s smoking regulations had been tightened and […]

Staff members from the International Research Institute for Climate and Society (IRI) are participating in a number of high-level events during Climate Week NYC  this year. See the schedule below, and follow the links for more information. Launch of the Global Nutrition Report Tuesday, September 22 5:00 pm – 8:00 pm, Hearst Building, New York Climate change is complicating global efforts […]