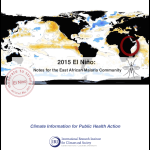 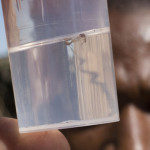 World Malaria Day: What’s Climate Got To Do With It?

Today, April 25, marks the commemoration of World Malaria Day, instituted by World Health Organization (WHO) Member States in 2007 as an annual “occasion to highlight the need for continued investment and sustained political commitment for malaria prevention and control.” Climate is one of many variables that influence where and when malaria outbreaks occur. The International Research Institute […]

Today marks World Malaria Day, instituted by World Health Organization (WHO) Member States in 2007 as an annual “occasion to highlight the need for continued investment and sustained political commitment for malaria prevention and control.” The theme for this year’s World Malaria Day is Invest in the Future. Defeat Malaria.  The Investment of Research Climate is an […] 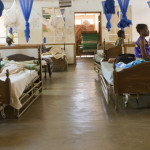 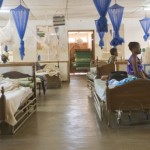 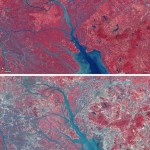 What do hot summer days in Beijing and heavy rains in rural Colombia have in common? Both are climate events that can trigger a host of public health calamities. And they’re just the tip of the iceberg when it comes to the ways that climate and health interact. Despite strong connectivity between the two disciplines, […] 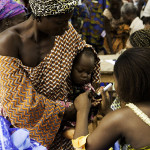 Important Gains Made in Global Effort to Control Malaria

A massive scale-up in the distribution of insecticide-treated mosquito nets and other control programs are helping to protect more than half a billion people in sub-Saharan Africa against malaria, according to the World Health Organization. In its latest World Malaria Report, the organization cited these efforts as contributing to significant but fragile decreases in malaria […]