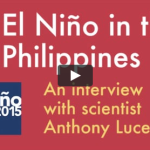 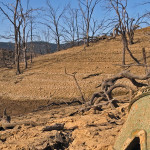 Using the IRI Data Library to Predict and Track the 2016 Water Year This post is an excerpt from a story published by IRI on Medium.com, where we are updating the post each month with the latest forecasts. View the full story and forecast maps here.  October 1st marks the first day of the new “Water Year” for […] 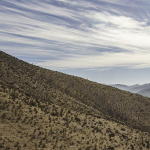 The Elqui River valley lies in Chile’s northern, mountainous Coquimbo region, which is extremely dry. The region receives only about 100 millimeters (4 inches) of rain each year, and most of it during one short rainy season. The rainfall is also highly variable and driven in large part on El Niño and La Niña fluctuations. In some years, […]

The East African Long Rains in Observations and Models

Singing the Blues About Water Scarcity

A version of this post originally appeared on the Climate and Society Hot Topics blog. Otis Redding wraps up his acclaimed 1965 album Otis Blue with “You Don’t Miss Your Water.” The refrain “you don’t miss your water ’til your well runs dry” was originally written by William Bell and inspired by his feelings of homesickness for his native Memphis […] 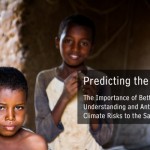 This is the fourth of ten interviews with climate and development experts conducted at the International Conference on Climate Services, held at Columbia University in October 2011. John Zillman is the former president of the World Meteorological Organization and is currently a Vice-Chancellor’s Fellow at the University of Melbourne in Australia. “The really big challenge these […] 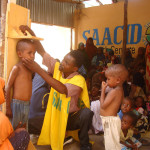 In a video interview about the East Africa famine, IRI’s Madeleine Thomson, an expert in climate and public health, says the health consequences of the famine will be felt not only in the short term, but for years and decades to come: We know from the 1984 Ethiopia famine that the impacts are intergenerational. They […]

Well it’s nearly official: La Niña is making her second appearance this year. After a few months’ hiatus this summer, ocean temperatures in the eastern equatorial Pacific have dipped back below normal. Does that mean we’ll also see a return of the extreme global weather of this past winter blamed on La Niña? It’s possible but not […]

Let’s get this out of the way. The current famine in the Horn of Africa isn’t caused by drought. Rather, a complex mix of societal and political factors created a dangerous situation.The worst drought in 60 years is what pushed that situation over the edge into a humanitarian crisis. However, just as these social factors were […]