Before the sweltering summer arrived in India in 2011, a local pediatrician persuaded the hospital in the city of Ahmedabad to move its maternity ward from the top floor to a lower one and to paint its tar roof white. Quantified and confirmed by  Perry Sheffield and her colleagues, those “easy” adaptations reduced the hospital’s heat-induced newborn disease cases in 2011 by 83% compared to the previous year. Efforts like these can be very effective, even in New York, said Sheffield, who is a pediatrician from Mount Sinai.

People in wealthier countries are not immune from health effects of climate events. In the US, the rising incidents of heatwaves fueled by globe warming have killed more people in the last 30 years than any other weather-related disaster — neck and neck with the fatalities caused by destructive hurricanes and floods combined.

While we may have a few “easy” interventions at hand, we continue to be caught off guard by climate-related health threats, including heat waves, hurricanes, and diseases such as Ebola, Zika and flu. To systematically prepare for a changing climate, said Sheffield, we need more actions that lead to climate-conscious health systems right now – especially for those that serve vulnerable populations, who have already suffered the most from climate impacts. 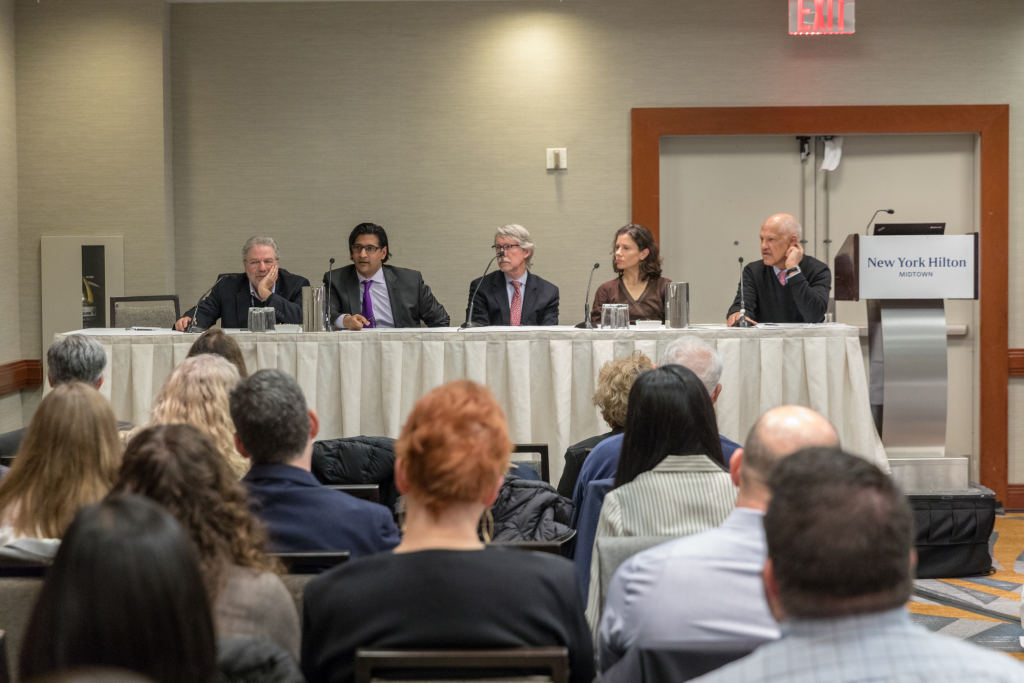 The panel moderated by Prof. Wilmot James (far right), visiting professor in pediatrics and international affairs at Columbia University, answered questions about how to address the vulnerabilities of children in a changing climate. From the Climate Change and Health Priorities for Vulnerable Populations meeting in March 2018.

Sheffield shared these thoughts with a group of around one hundred concerned clinical doctors , health scientists and climate scientists who attended the Climate Change and Health Priorities for Vulnerable Populations meeting in mid-March in New York.

The meeting was organized by IRI’s Madeleine Thomson, a leading researcher in global health and climate science.

A number of speakers focused on the special needs of children, who are an often-overlooked segment of vulnerable populations. “Children could be the most disproportionally harmed by climate change,” said Columbia’s Lawrence Stanberry. For example, Stanberry noted that more than three million children in Texas were affected by hurricanes Harvey and Irma, and they risk serious emotional and developmental consequences in years ahead.

From a medical standpoint, “children are not small adults”, Stanberry said. “They are under dynamic development, physiologically and cognitively immature. They can’t swallow medicine pills, and often there is no fluid liquid available. Their special vulnerabilities need special attention.”

Preparedness is often less costly than treatment – an opportunity that was addressed by many of the speakers. “The climate community has observation and predication capabilities with a level of certainty that could be and should be integrated into the health system to address the lack of preparedness,” said Juli Trtanj, from National Oceanographic and Atmospheric Administration.

Fortunately, climate prediction is a proven tool to yield considerable benefits for other climate sensitive sectors, such as agriculture. 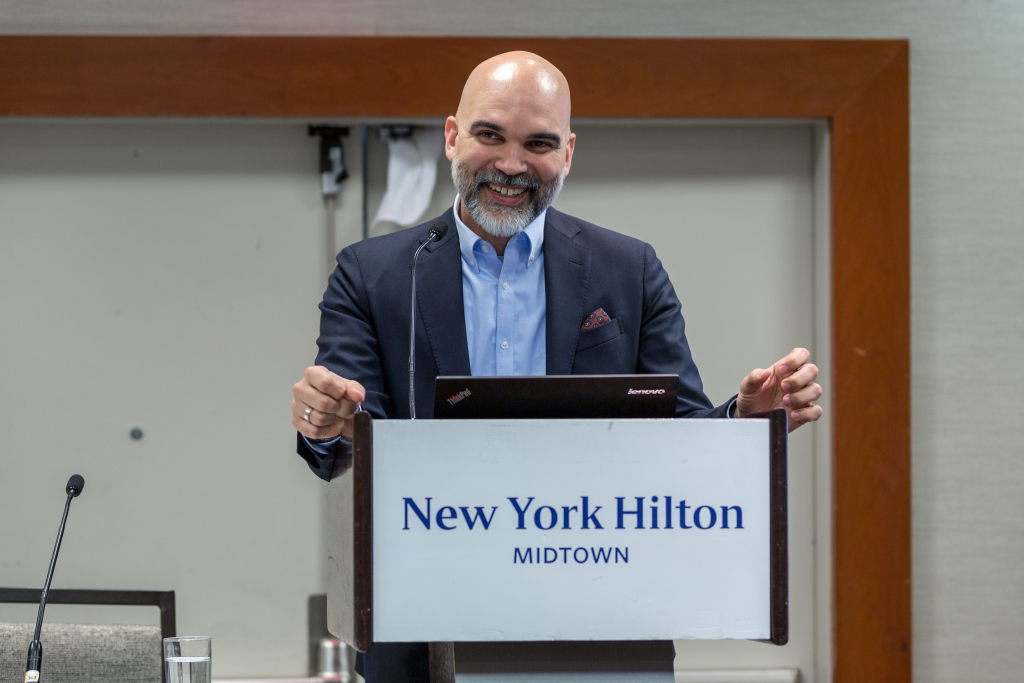 Ángel Muñoz cited the example of flying a paper airplane as he explained how a climate forecast works at the Climate Change and Health Priorities for Vulnerable Populations meeting in March 2018.

IRI climate scientist Ángel Muñoz, stressed that the health community needs to understand the probabilistic nature of climate prediction, and used an analogy to underscore the point. “If you fly a paper airplane, you can not exactly predict where it will land. But if you fly it thousands of times, and mark the spots where it landed, you would have a range of possibilities.”

For Zika, the ability for the Aedes mosquito to breed and survive are sensitive to temperature and rainfall changes. By employing a new prediction model, Muñoz and his colleagues succeeded in blending epidemic indicators with climate variables. For the first time ever, “we were able to predict enhanced Zika risk conditions for transmission in some places in Brazil, up to three months in advance.”

But Muñoz emphasized the complexities ahead. “How people move, how the virus changes, how the body responds to the virus, together with how climate may change, make the prediction nothing but complicated,” he said.

“There is no time for delay.” –  A single and clear message from health and climate professionals

During the discussion sessions, participants and panelists deliberated on how to bridge gaps among academia, policy makers and the public. They broadly agreed that medical and climate research should be more need-driven, so as to better educate and engage policy makers to enact meaningful changes in people’s lives.

A recent health and climate commission report points out that “response to climate change could be the greatest global health opportunity of the 21st century.”

Framing the problem as an opportunity was taken up by Ed Maibach from George Mason University. Recalling the human tragedies exacerbated by inaction, he said “never doubt simple, clear messages repeated often by trusted voices. Our trusted voices can change the world!”

By the end of the 5-hour meeting, Maibach asked those present at the meeting to join him in being the “trusted voices”. Everyone raised their hands high in the air, committing to act and advocate to protect people from a grim future.

This event was jointly hosted by experts from Earth Institute’s International Research Institute for Climate and Society (IRI), Mailman School of Public Health, School of International and Public Affairs from Columbia University; University of Wisconsin; National Institute of Environmental Sciences and the World Health Organization.

By setting up a new program called Global Health Security and Diplomacy, and supporting a wealth of scientific research, Columbia University aims to draw on the expertise across borders and disciplines, and encourage health and climate communities to work for a more healthy and resilient population.

Yang Zhang is a graduate student in the MA in Climate and Society program at Columbia University. She holds her BA in International Law in China Foreign Affairs University. Between undergraduate and graduate school, she worked in the Government of China for forestry diplomacy and international environment negotiation. After that she worked as a policy dialogue coordinator for an Asia Pacific-targeted NGO on sustainable development project management in developing countries and regional forestry policy mechanism coordination.