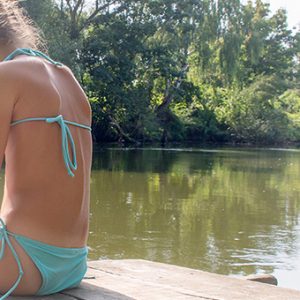 This story was originally written by Stephanie Berger for the Columbia University’s Mailman School of Public Health. Young children are far more vulnerable to climate-related disasters and the onus is on adults to provide the protection and care that children need, according to research by the International Research Institute for Climate and Society, Columbia University’s Mailman […]

By Yang Zhang Before the sweltering summer arrived in India in 2011, a local pediatrician persuaded the hospital in the city of Ahmedabad to move its maternity ward from the top floor to a lower one and to paint its tar roof white. Quantified and confirmed by  Perry Sheffield and her colleagues, those “easy” adaptations […]