This story originally appeared on the Earth Institute’s State of the Planet blog. 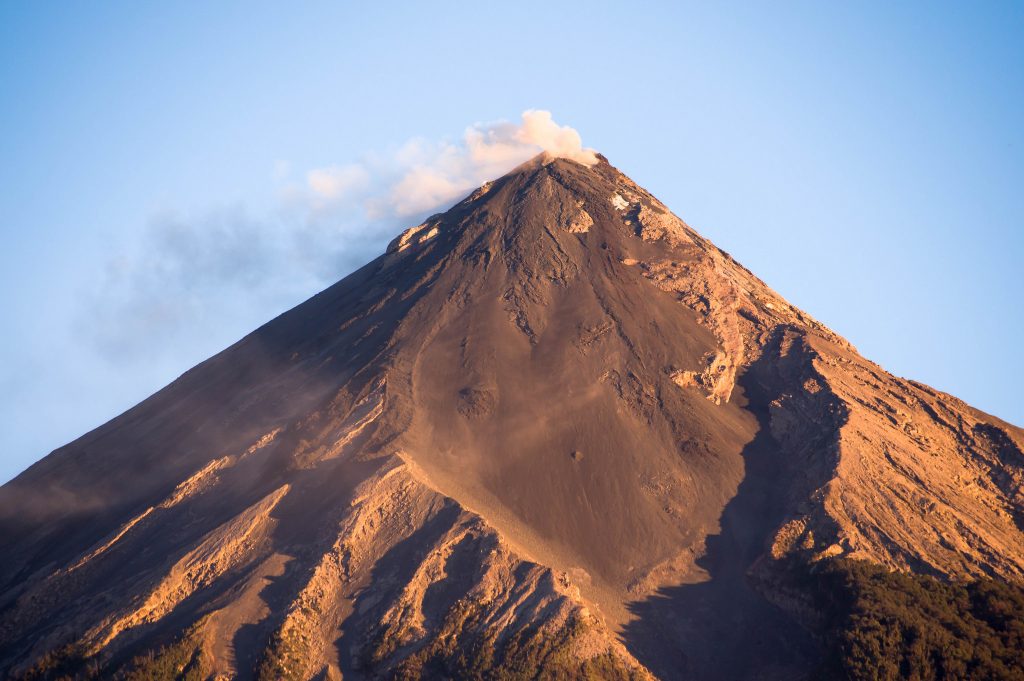 Guatemala’s Volcán de Fuego erupted in early June, killing at least 110 people, while hundreds more remain missing. Streams of lava and plumes of smoke and ash have displaced thousands of Guatemalans, and destroyed an estimated 21,000 acres of crops.

In coming weeks and months, the weather will play a critical role in helping or hindering Guatemala’s recovery from the blast. IRI climate scientist Ángel G. Muñoz is working with the Guatemalan government to help them plan ahead.

Muñoz has been working in Guatemala for ACToday (short for Adapting Agriculture to Climate Today, for Tomorrow), a Columbia World Project that is using climate information to improve food security in six developing nations. Through ACToday, Muñoz is trying to bridge the gap between short-term, one- to two-week weather forecasts and long-term seasonal climate forecasts that look months into the future. At the request of Guatemala’s meteorological service, he has analyzed and translated some medium-term forecasts that could help to guide recovery efforts. These forecasts predict rainfall over the next three weeks, and thus the risk of mudslides called lahars that can wipe out entire communities. In this context, the forecasts could help to save lives and inform plans to rebuild roads and other infrastructure.

These types of mid-range (“subseasonal”) forecasts are still quite experimental. “To the best of our knowledge, no one else in the entire world is using subseasonal forecasts to guide government action in the aftermath of a volcano eruption,” said Muñoz.

While the Volcán de Fuego continues to belch dangerous gas and ash, rainfall is also hampering Guatemala’s recovery efforts. The threat of mudslides, flooding and acid rain have disrupted the search for victims and delayed efforts to rebuild.

Lahars are a particular concern. These are mudslides that form as volcanic ash and rocks mix with rainwater. 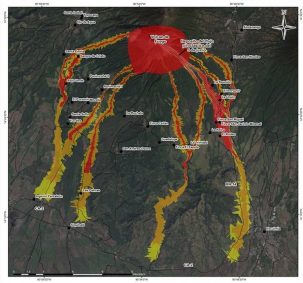 “Lahars can be dozens of meters wide and can have tremendous power, destroying everything on their way down the slopes,” Walter Baethgen, co-lead on IRI’s ACToday project, explained in an email from Guatemala. “They can be very dangerous for communities and infrastructure placed on the slopes of the volcano.” That includes homes, roads, and other critical structures.

Having a better idea of how much rain is coming could help emergency agencies to prepare, mobilize resources, and evacuate people if needed, said Baethgen. Subseasonal forecasts could also help to direct recovery efforts. For example, if the forecasts were to suggest that heavy rains will continue, it might be best to wait on rebuilding roads in lahar-prone areas.

For a long time, scientists thought subseasonal forecasts, which look 14 to 90 days into the future, were impossible. “There has been a predictability gap between weather and climate, and we honestly thought it was a timescale we couldn’t say anything about,” Muñoz explained. “Within the last 15 years, maybe a bit more, we’ve discovered that there is some predictability, there is capacity to forecast at that particular timescale.”

Subseasonal forecasts are based on water and land temperatures, circulation patterns in the atmosphere, and other variables. They aren’t as accurate or specific as a weather forecast, so they’re not generally used in decision making. However, some of the models are reliable enough to provide valuable information.

Muñoz has been studying how much various subseasonal forecasts can be trusted. Using forecasts generated by the S2S Prediction Project and NOAA’s SubX project, Muñoz and his colleagues recently calculated that the models for Guatemala are good enough to say what the weather might look like three weeks in advance.

“That is basically a dream, because we used to say you cannot have good forecasts weeks in advance,” said Muñoz. “There is a lot of room for improvement, but they have potential.” The director of Guatemala’s meteorological service (called INSIVUMEH) was excited about the possibilities, and asked Muñoz to run the analysis.

The Outlook for Guatemala

The subseasonal forecasts and Muñoz’s calculations suggest that there’s a reasonably good chance that Guatemala will have drier than normal conditions over the next three weeks, especially for the week of July 4-10. That means, hopefully, a chance for the Guatemalan government to rebuild roads and infrastructure in the areas impacted by the eruption.

The top row shows rainfall predictions for 1, 2, and 3 weeks into the future; green means above-normal rainfall for that week, and brown means below normal. The bottom row shows the researchers’ confidence in each prediction, with blue indicating higher confidence. The Volcán de Fuego is marked with a black dot in each map. Source: Ángel G. Muñoz

The resulting forecasts provide an educated guess as to which way things are most likely to go. No one can know for sure how accurate the predictions are until the three weeks have passed.

These maps show how accurate similar predictions have been in the past for weeks 1, 2, and 3, based on 17 years of data. Redder colors indicate better skill. Source: Ángel G. Muñoz

Eddy Sánchez, director of INSIVUMEH, said that the forecasts were very useful because they identify changes that could occur in the short-term. “It makes us feel confident to have another forecasting tool,” he said. “It’s important for the government to have this kind of product to plan the construction of infrastructure and roads in the affected area by the Fuego Volcano.”

Now, added INSIVUMEH agrometeorologist Rosario Gómez, “We are interested in starting the validation process, taking into account the daily rain data of the network of meteorological stations in the country.”

A Deeper Look into the Future

While Guatemala now has some idea of what to expect from the weather, the eruption’s long-term effects are harder to foresee. The eruption has damaged thousands of hectares of corn, bean, and grain crops, as well as coffee, an economically important crop for Guatemala. In addition, many people working in the agricultural sector have been forced to flee their homes.

“The overall impact on people’s livelihoods and agriculture is still unknown,” Jennifer Bradshaw and Carmen Gonzalez, both graduate students at Columbia University’s School of International and Public Affairs working in Guatemala for the ACToday project, wrote in an email. “How much of an economic and social impact did this particular eruption have on communities? What’s next for these communities—especially those whose livelihoods revolved around agriculture, given their wrecked lands?”

The Volcán de Fuego hasn’t deterred the ACToday team from its goal of using state-of-the-art climate information tools to enhance food security in Guatemala. “The project can help our country to make better forecasts and be able to communicate to the decision makers,” said Gómez. “Especially now, because in July we have less rain and it is really important know the rain forecast.”

Given El Fuego’s potential disruption to Guatemala’s food system, ACToday’s work may be more important now than ever.