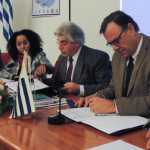 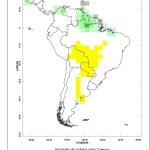 Our friends at the Center for International Earth Science Information Network have written a nice post that explains how IRI’s seasonal climate forecasts have been for decision making, focusing on a particular case in Uruguay. In December 2010, reports showed that many areas of Uruguay were headed for drought. IRI’s seasonal precipitation forecast map issued in November […]