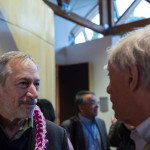 By Adam Sobel  This post originally appeared on Sobel’s blog.  Out this month is his new book, Storm Surge: Hurricane Sandy, Our Changing Climate, and Extreme Weather of the Past and Future.  I spent this past week in Darmstadt, Germany, for the Climate Symposium. This was a conference organized by EUMETSAT (one of the European space agencies) and the World Climate […]

By IRI Chief Forecaster Tony BarnstonThis post originally appeared on Climate.gov’s ENSO blog. Reproduced with permission.  One of my responsibilities as the lead ENSO forecaster at IRI is to judge how well the forecasts have matched reality. One way I do this is I go back through the archived forecasts and make graphics that compare the forecasts […] 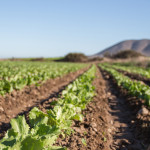 By Ben Orlove and Ángel Muñoz A new study examines the degree to which decision makers working in key sectors–agriculture, water and health–have been able to make successful use of forecasts of El Niño and La Niña. We find that these forecasts have indeed often been put into use, but only when two conditions have been […] 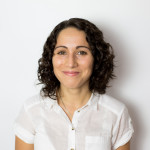 Climate Services: No need to wait for disasters to happen

This is the third of ten interviews with climate and development experts conducted at the International Conference on Climate Services, held at Columbia University in October 2011. Maarten Van Aalst is the Director of the Red Cross/Red Crescent Climate Centre. In this interview he talks about how the Red Cross is using climate information to mobilize […]

Well it’s nearly official: La Niña is making her second appearance this year. After a few months’ hiatus this summer, ocean temperatures in the eastern equatorial Pacific have dipped back below normal. Does that mean we’ll also see a return of the extreme global weather of this past winter blamed on La Niña? It’s possible but not […]