Mapping a Way Forward for Localized Climate Information in India

Authored by Elisabeth Gawthrop on November 19, 2018

The Indian state of Bihar lies in the eastern area of the country, bordering Nepal. The region was once a powerhouse of culture and education, and Buddhism has its roots in the area. The Ganges River runs straight across this mostly flat, fertile state, where nearly three-quarters of its residents work in agriculture. But despite its natural resources, Bihar’s food production isn’t where it could be. The state government’s Department of Agriculture says Bihar’s agriculture productivity is “one of the lowest in the country, leading to rural poverty, low nutrition and migration of labor.” 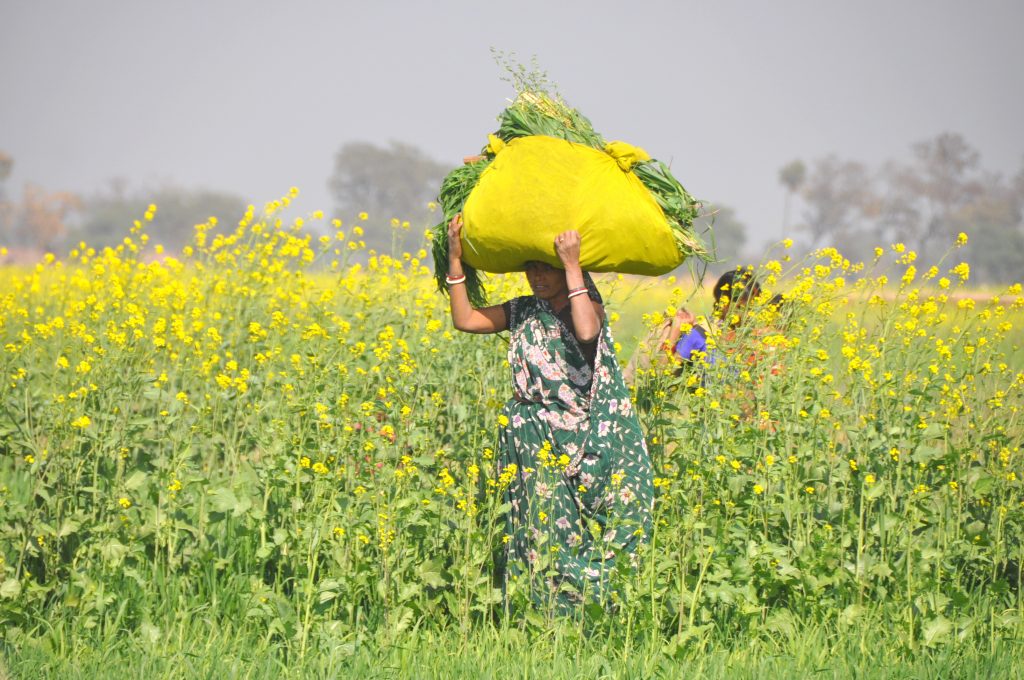 A new tool developed by IRI scientists for Bihar shows promise to provide climate information useful for agriculture decisions. The tool is called a maproom because it contains a series of online, interactive maps that provide a range of climate information. It was developed for the International Research Applications Program (IRAP) – a joint project of the International Research Institute for Climate and Society (IRI) and the University of Arizona, funded by the National Ocean and Atmospheric Administration.

The maproom builds on what IRI and its partners, including the Climate Change, Agriculture and Food Security (CCAFS) program, have developed for agriculture applications in South Asia and other regions. It provides not just climate forecasts but also historical climate information and real-time rainfall monitoring. Sometimes, the decisions that farmers make can be just as informed by quantitative information about the past and present as they can be about what the future might hold. For example, farmers can decide how to irrigate, select which crops to plant and decide when to plant based on a drought-monitoring tool that takes into account very recent rainfall as well as how much rain has fallen over the last several months.

“This maproom is very useful for researchers at state agricultural universities in India who don’t have much experience with climate data management and visualization,” — K.K. Singh, Head of Agromet Services at IMD.

A common challenge, however, is making sure the information is of a quality high enough to be useful in a local context. Global, public datasets often don’t include all of the weather station data that’s available in a given country — they rely on satellite-based information, which isn’t usually as accurate. The weather data collected and archived by India, as with many countries, is at a higher resolution than can be found in global datasets.

IRI climate scientists Nachiketa Acharya and Andy Robertson began by creating a prototype of the maproom using a global dataset, with the hope that their collaborators at the India Meteorological Department (IMD) – a partner on the IRAP project – would be impressed enough with the tool’s capabilities that they would offer more detailed data records to feed into the maps. Their hunch proved right. When Acharya sent the prototype to IMD, they immediately sent their high resolution gridded data to be incorporated. The improved data allowed for the development of high quality climate information products at a scale useful to agriculture decision makers in Bihar’s 38 districts.

John del Corral, a member of IRI’s Data Library team, helped get the maproom to its current form. Now available to the public here, it provides district-level climate information that includes real-time rainfall monitoring, historical risk of wet and dry spells and analysis of past climate variability, broken down into various timescales. Seasonal and sub-seasonal climate forecasts, as well as drought monitoring, are also available through the maproom.

While the maproom is available to anyone, the tool is likely to be most useful to those involved in translating technical information to decision makers.

“This maproom is very useful for researchers at state agricultural universities in India who don’t have much experience with climate data management and visualization,” said K.K. Singh, Head of Agromet Services at IMD.

Other potential users have also expressed interest in the maproom, including the Regional Integrated Multi-Hazard Early Warning System for Africa and Asia (RIMES), an international and intergovernmental institution supported by the United Nations and charged with providing regional early warning services for an array of natural hazards. RIMES is also an IRAP partner.

“The maproom brings together a wide array of climate data into a well-organized graphical interface,” said Govindarajalu Srinivasan, Chief Scientist for Climate Applications at RIMES. “However, awareness and capacities of sector experts need to be built for its effective use.”

RIMES is building off of the IRAP maproom by feeding its data products and forecasts into an online dashboard being developed for the India Meteorological Department.

To help facilitate the use of climate information agriculture risk management, IMD and RIMES joined IRI in a series of trainings to agriculture officers in Bihar. The trainings presented the maproom as one of the tools available for those seeking to use climate information in decision making. The trainings also covered fundamental weather and climate concepts, as well as information about how different climate conditions affect plant growth, what actions can be taken to address extreme climate events, and other topics. IRI is also incorporating feedback from IMD and RIMES following the trainings into the maproom. Most of the feedback was around making the maproom more simple and clear for users, with changes including grouping certain maps together and adding the district names to some of the graphics.

The new tool is something of test case for IMD to consider expanding it for other areas of the country. Singh said he hopes IRI can give trainings of this maproom to more agriculture officers and scientists in India, and RIMES is building off of the IRAP maproom by feeding its data products and forecasts into an online dashboard being developed for IMD. The dashboard will be designed to provide dynamic risk assessment guidelines and management products to assist decision makers.

Better information won’t solve all of the challenges related to growing food in a changing climate, but it’s a necessary step towards improving our ability to adapt.