Authored by Jacquelyn Turner on December 9, 2019

Until recently, predicting rainfall and temperature at the subseasonal timescale (i.e. between two weeks and three months) was considered impossible. That’s beginning to change, thanks to the efforts of IRI’s Andrew Robertson, the head of IRI’s climate group and co-chair of the steering group of the Subseasonal to Seasonal (S2S) Prediction Project.  In the Q&A below, Robertson discusses this cutting-edge of climate prediction and the gains he and colleague have made in the field. 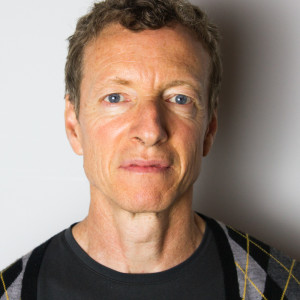 Robertson will be presenting his research on Tuesday evening in Moscone West – 2000, L2. Full details in our IRI@AGU schedule and in the AGU program.

A lot of readers might not know what subseasonal forecasts are and why they matter. Can you give us an elevator pitch?

What makes subseasonal timescales so notoriously difficult to forecast?

Weather forecasts harness the predictability of atmospheric weather patterns several days in advance, while seasonal forecasts capitalize on the slow impacts of sea surface temperatures on average rainfall and temperature conditions. Until recently, subseasonal variations could not be successfully predicted. With today’s improved forecast models, that is starting to change.

What is the most rewarding part about making gains in what was once called a “predictability desert”? What do you see as next for subseasonal forecasting?

New subseasonal forecasting capabilities pave the way toward forecasts that are “seamless” from weather to climate, providing a heads-up from days to seasons ahead that have many potential uses such as for a reservoir operator that needs to manage storage up to seasons ahead, and releases often on a daily and weekly basis.

In our last AGU Q&A, you described subseasonal forecasts as still being highly experimental. At this AGU meeting, you’ll be presenting an online maproom that takes these forecasts one step closer to being used by decision makers. What functionalities of this new tool are you most excited about?

By making this maproom, we hope to expose more people to the existence and potential of subseasonal forecasts issued every week. We plan to add a flexible option, so that users can choose the particular threshold of rainfall amount that’s relevant to them, as we already do for our IRI seasonal forecasts.