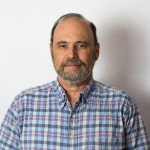 This post is the fourth in a series of Q&As with scientists from the International Research Institute for Climate and Society who will be presenting their work at the annual meeting of the American Geophysical Union in San Francisco December 9 to 13. IRI’s Arthur Greene develops methods for characterizing climate trends on “near-term” time scales, i.e., […]