Excerpt of an interview with Ben Orlove written by Sarah Fecht for the State of the Planet blog.

The Intergovernmental Panel on Climate Change on Monday released the second part of its sixth major assessment report.

The assessment reports, which come out every few years, review what we know about climate change, its impacts and future risks, and options to adapt and reduce emissions.

The latest release focuses on climate change’s impacts on nature and human societies, identifies different vulnerabilities, and assesses the capabilities and limits for natural and human systems to adapt.

Columbia Climate School anthropologist Ben Orlove has been working with the IPCC since 2016. He is a lead author on Chapter 17 of the report, entitled “Decision-making options for managing risk.”

In the interview below — which has been edited and condensed for clarity — Orlove explains what it was like to contribute to the report, the challenges of naming and quantifying adaptation, and some of the key takeaways from the new release.

How does this new release fit into the Sixth Assessment Report?

The IPCC has three working groups, and each of those groups releases its report separately.

Part one, which came out in August last year, focuses on the physical science basis of climate change — what do we know about temperature and precipitation changes, based on observations of the past and current state of climate, and projections of its future conditions. Part three, which should come out in March, will focus on mitigation, or reducing emissions.

Our group, part two, is the middle child. Its mandate is impacts, adaptation and vulnerability. With “impacts,” we’ve got to figure out what the climate risks mean for food security, for health, for water resources, et cetera, across the different geographic regions of the world. “Adaptation” means what are people doing to respond to those impacts. And “vulnerability” is a great word because it shows that there are social factors that mean that the same impact can hit some populations harder than others. And it also indicates that addressing the hazard or risk requires addressing the vulnerability as well. 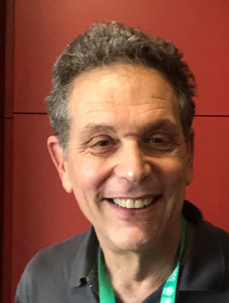 What’s new about this report?

One of the things that this report does much more than the earlier assessment reports is that it’s trying to conduct an overall assessment of just how much adaptation is taking place in the world.

The Paris Agreement in 2015 established what it called a global goal of adaptation. So there’s an effort to figure out how much adaptation is taking place and where it is taking place. But that’s kind of tricky. If you want to measure global emissions, it’s not that hard — you can look at some amount of air and see how much CO2 there is in there, and you can link that to the climate models, and you’re good to go. Broadly, adaptation has to do with reducing risks. But with adaptation, you’ve got to figure out what the units of adaptation are, and where you’re going to find them. You want to have some sense of how you evaluate that, how you decide whether it’s effective. And there is the enormous issue of evaluating any step that reduces risks for some but not for all — or, as often happens, that reduces risk for some while increasing it for others.

This report represents a major advance in the overall assessment of adaptation because it provides systematic coverage. It looks at a country by country scale, seeing what different countries are doing, what level of planning they have, whether they are implementing their plans, and whether they are monitoring and evaluating their plans. And it also draws on other reviews that examine the large body of published studies on adaptation projects; even though these studies cover some areas and topics more than others, they offer a useful lens that helps us track, for example, the recent expansion of adaptation in areas of food security, water resources and poverty reduction, especially in Asia and Africa.

The report provides a major review of the feasibility of many adaptation strategies. It points to low-hanging fruit — established strategies, like forest protection and restoration, improved efficiency of water systems, and resilient power systems — whose feasibility is well-documented, and it indicates the current deficits in support that other strategies, like planned resettlement and relocation, will need to address to become more feasible. It also shows that many adaptation strategies not only reduce the impacts of climate-related risks, but contribute to the transitions of systems — ecosystems, energy systems, urban infrastructure — that, taken together, support the full transformation to a higher level of sustainability world-wide.

This report also marks a major advance in the study of complex, compound, and cascading risks. IPCC has a long history of separating out risks, looking at drought and heat waves as separate silos, for example, rather than recognizing that they connect. As another example, they historically looked at wildfire, heavy storms and debris flows separately, rather than noting that debris flows are caused by heavy rains on burned hillsides, which in turn might be due to underlying climate factors. So the problems are complex physically and they’re complex socially because there are many actors that are involved. Addressing food issues means addressing water issues, for instance. And the complexity of adaptation issues means that there is a complexity of policy and of evaluation — different groups might care about different outcomes.

What are some optimistic takeaways from the report?

One key message is that we’re really seeing what a difference nature-based solutions make. We used to think of parks in cities as a nice amenity. There’s now significant research showing higher mortality from heat waves reflecting the absence of green infrastructure, and the importance of vegetation in cooling and for human well-being. Nature-based solutions can also help with coastal flooding, where mangroves and seagrass meadows really help protect coasts.

We have a valuable and brief window when we must take action. Every degree, every tenth of a degree of warming that we can prevent makes a difference. There’s a great deal that we can do, and we’ve learned a lot about these enabling conditions, so we see the importance of collective action and political will to bring the resources for mitigation and adaptation.

Faced with the monumental scale of climate change as a global issue, it’s easy to give in to despair, to give in to fear. Of the striking findings of this report, one is the importance of local citizen engagement. Again and again, we see in developed and developing countries, in cities and in rural areas, community groups play an important role in shaping adaptation priorities and in implementing and evaluating adaptation. This report shows that community engagement is really a key element of governance, which is a key enabling factor of adaptation.

And so one of the encouraging messages here is how many options for action there are available to people around the world who are concerned. I was gratified to see how many of my fellow authors participate in local climate action, as I do. Every individual can contribute to this immense collective effort.

Read the rest of the story on the State of the Planet!