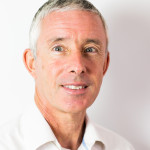 Simon Mason has been involved in seasonal climate forecasting research and operations since the early 1990s. He was a member of the drafting team for the High-Level Task Force on the Global Framework for Climate Services (GFCS) and was an overall author for the GFCS Implementation Plan. He has been heavily involved in capacity building activities, including leading the development and support of the Climate Predictability Tool (CPT). Mason has extensive experience in helping to establish and evaluate the Regional Climate Outlook Forums, and works closely with the World Meteorological Organization (WMO) to promote the definition and adoption of forecasting and verification standards, through engagement in relevant WMO Expert Teams and through the WMO Capacity Building Workshops. Mason has worked closely with various user groups, most notably in the health and disasters communities. Through these collaborations he has recently co-authored a

Mason is the IRI chief climate scientist, taking a lead role in international outreach from the IRI’s Climate Program. He is the lead-developer of the Climate Predictability Tool (CPT).