Recent Multidecadal Strengthening of the Walker Circulation Across the Tropical Pacific 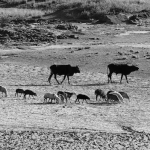