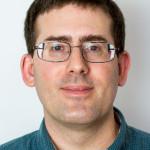 Michael Bell studied meteorology at the University of Oklahoma and graduated with bachelor’s and master’s degrees in 1994 and 2001, respectively. His master’s work involved the study of the decadal and interannual variability of West African rainfall disturbance lines. He joined the IRI in 2001.

Bell’s research and academic interests include rainfall variability in West Africa, drought, water resources sustainability and the contributions of weather variability to climate.

Bell’s responsibilities at the IRI include support of the IRI Data Library and Map Room, and data acquisition and analysis in support of IRI projects. Along with Pietro Ceccato he teaches the course Remote Sensing and Environmental Change in Columbia’s Department of Earth and Environmental Engineering.