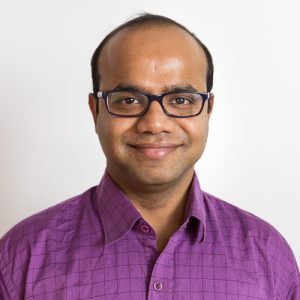 Dr. Nachiketa Acharya is a statistical climatologist at IRI, specializing in sub-seasonal to seasonal climate forecasting and its applications in managing weather and climate risks and developing climate services for developing countries. He received his PhD in statistics from the Utkal University, India in 2014 on the thesis entitled “Statistical Techniques for Monthly to Seasonal scale rainfall, and seasonal prediction over India using results from General Circulation Models.” During his PhD, he was working as Senior Project Scientist in a project funded by the Govt. of India and entitled “Development of Extended Range Forecast System for Climate Risk Management in Agriculture”, which is a national and international collaborative project at the Centre for Atmospheric Sciences, Indian Institute of Technology, Delhi and the School of Earth, Ocean and Climate Science, Indian Institute of Technology Bhubaneswar, India. After his Ph.D., he joined as Project Scientist-C at National Centre for Medium Range Weather Forecasting (Ministry of Earth Sciences, Govt. of India) in a project entitled “Centre for Weather and Climate for Bay of Bengal Initiative for Multi-Sectoral Technical and Economic Cooperation(BIMSTEC) where his main responsibility was to make probabilistic weather and seasonal forecast to the India and its neighboring country.

He joined IRI in September 2016 and his work was instrumental in upgrading the IRI’s 2-tier seasonal climate forecasts system to the current 1-tier system based on the North American Multi Model Ensemble (NMME), implementing extended logistic regression to make well-calibrated probabilistic seasonal forecasts for precipitation and temperature, operational since April 2017. More recently, he has also been engaged in developing IRI’s experimental sub-seasonal forecasts.

Nachiketa has been very active in building the capacities of the National Meteorological Services of India, Bangladesh, Vietnam, Ethiopia, Rwanda and other countries through trainings on “next generation” sub-seasonal to seasonal forecasting methods based on IRI’s Climate Predictability Tool (CPT). He has built strong professional relationships with developing country scientists which have been important to the success of IRI international projects. He has worked in co-developing application of S2S forecasts for agriculture with various stakeholders, including agriculture ministries as well as international partners like the World Food program (WFP), the International Center for Tropical Agriculture (CIAT), the Climate Change, Agriculture and Food Security (CCAFS).

Before arriving at the IRI in 2016, Nachiketa was post-doctoral research associate of City University of New York on a project entitled “Climate Change Integrated Modelling Project: Assessment of Impacts on the New York City Water Supply” sponsored by the Bureau of Water Supply, New York City Department of Environmental Protection where he developed future climate scenarios using a “bottom-up” approach, and which are currently used as inputs to a suite of hydrology models to evaluated the effect of climate change on the NYC water supply System.